I can honestly say I never watch daytime TV, with the exception of when the Chilean miners were rescued, but I was curious about the ME storyline in Doctors I'd read about on the ME Assoc site so re-watched on iPlayer. You're hardly going to get an accurate portrayal of this complex neuroimmune illness in a fluffy, half-hour medical soap, but you could see the writer  was trying hard to weave some truth into this minor storyline. A young, hardworking girl felled by ME (no mention of the hideous CFS),  unable to start uni ('no one worked harder', her mother says), and left behind by all her friends. A supportive GP, going through his own traumas, and the overprotective  mother, both urging her not to overdo it.  However, the girl seemed only to have exhaustion, no other symptoms. 'Structured exercise' was the treatment (though she did not seem to be coerced), and the girl was cooperating, which is alarming as we know that graded exercise (GET) does not help ME (much more likely to exacerbate), but obviously the writer's research had led him to this. I can just imagine him googling and coming across all kinds of PACE nonsense.

Happily (ie realistically), the girl gets more ill from overdoing it, not stronger. But her 'relapse' - she is  dramatically found, crouched on the ground, leaning against a fence, out of breath  after walking too far to the shops - is not truly a relapse, but classic post-exertional malaise (PEM), which people with ME experience most of the time after exertion, to a greater or lesser extent, even if they don't overdo it (though she had overdone it for the sake of the storyline). It's unfortunate that relapse is misrepresented as feeling crap after overdoing it. A true ME relapse is catastrophic - a ton of crushing symptoms leaving you housebound/bedridden after a period of 'better' health. And I can't see a GP coming out on a housecall because you overdid it, that is simply ridiculous, but this scene was contrived to highlight the GP's own frame of mind, the girl with ME is coping psychologically, the GP is not (someone died in a fire, I have no idea of what went on).

I liked that the girl was feisty and jokey - irritatingly so, at times - and not remotely depressed. She was doing her best to get on with things, though the notion of confidence was overdone (getting on has nothing to do with confidence, it's to do with physical wellbeing). But it was made clear she was not lazy or depressed or a malingerer. I didn't like the GP's line that it's impossible to know the cause of ME, stress being the only suggestion (by the mother), and not a jot of a mention of a viral trigger. And, early on, the young girl says: That's the great thing about ME, everyone wants to help - and makes a daft joke about a funeral procession slowing down for her, but this just jarred, as it is simply untrue. Not everyone wants to help, no mention of the  doctors/health editors who have done so much harm since the eighties, and the not always supportive family and friends. Still, this is a very 2012 version and maybe regular Doctors viewers will have gleaned a little of the reality of ME. You can watch the episode here for another few days.

*I see  that the writer of this episode, Bill Armstrong, has written  an award-winning daytime drama The Indian Doctor. I find this reassuring.
Posted by nmj at 11.7.12

Sounds interesting! I like your report of it anyway.

Have you seen the Golden Girls 1989 "Sick and Tired"? Apparently the writer had ME.

Hey Sofamum, I think anyone with true ME would be a little vexed by the portrayal, for the reasons above, but I'm trying to see it from pov of viewers who have no idea what the illness is or are prejudiced because of nonsense in media, a soap like this may help a little but it's not going to overturn the NICE guideline. And the writer seems talented, so maybe he himself has gleaned sth. I can't imagine where you would begin coming to our illness as a writer who has no experience of it personally, would be hard to absorb all that has gone on, so I don't want to be too hard on him, this is a daytime soap after all and mostly should be taken with a pinch of salt. Be interested to know what you think if you watch it. No, I don't recall that episode of the 'Golden Girls', but I remember it was clever comedy, had no idea writer was ill. 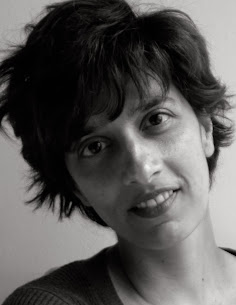 nmj
Scotland, United Kingdom
My semi-autobiographical novel The State of Me was published in summer 2008 by HarperCollins. Based on my experience of the neuroimmune illness myalgic encephalomyelitis (ME), it's my weapon against the ignorance that prevails. I was diagnosed with ME in 1984 by a consultant neurologist after being infected by Coxsackie B4 virus. I became ill in autumn 1982, had just begun my undergraduate year in France. I remain ill today. Shortlisted for Bridport Short Story Prize 2011 and Bridport Flash Fiction Prize 2012. Links to more published writing below. In slow process of writing novella about my late Pakistani doctor father. Am mixed race, Scottish/Pakistani.